I grew up with self-doubt. My childhood was long on criticism, short on encouragement. I learned to question my own performance automatically, thinking I had to do something more to be accepted. It was painful, but as a kid, being found wanting by your caregiver is frightening and renders compliance alluring. In my case, self-hatred followed on the heels of repeated failure to please.

I recall hearing that the Dalai Lama, on coming over to the West, didn’t understand what self-hatred was. I mentioned this in a previous post, but it bears repeating. Tibetan children are raised on the principle that they have Buddha-nature (perfection) within. As a Westerner, I find that singularly exciting and elusive, although it has become part of my adult training.

For those of us raised on a diet of fear and self-doubt, let’s take a look at how that plays out.

Self-doubt is “lack of confidence in oneself and one’s abilities”.  When it’s habitual, it fosters personality traits of low self-esteem and poor self-care. It manifests as what we now call imposter syndrome, where we doubt our own accomplishments to such an extent that we fear being ‘found out’ as frauds.

Perhaps we look upon someone else’s Insta-life and feel woefully inadequate. We might hide away in shame and fear of rejection.

Left un-checked, self-doubt can turn in to self-hatred and the downward spiral in to anxiety, depression, addiction and so on.

However…. humans are designed to acquire wisdom, skills and experience over time, so we also feel compelled forward, to grow towards the light. We will always want to be better than we are.

This growth impulse then triggers more self-doubt, which is our brain’s way of telling us not to change. Staying safe in the cave, just as we are, is effortless, comfy, reassuring and ultimately stagnant.

In personal or business growth terms, self-doubt translates in to “Please don’t fail and look like a twit.” We never become vulnerable by being a beginner. We don’t evolve. That’s the price that giving in to the inner critic extracts. Sounds familiar?

This morning I ran a Stress Management meeting. It was a glorious sunny morning, and 9 people were booked in for a walk on the harbour foreshore. Two turned up and we had a lovely meeting. The others may have fallen to worrying…. What if I can’t find the group? What will I be asked to do? Will I see anyone I know? Am I going to be embarrassed? Will people laugh at me? And so on.

Self-doubt may have prevented them facing this unknown situation.

Where’s the juice in that?

When self-doubt causes us to pre-fail at something new, we gift ourselves a golden set of Get-Out-Of-Jail-Free cards. We can:

It’s safer not to articulate our dreams, so no-one knows we failed to achieve them.

By practising self-doubt and letting it run our lives, neither we, nor anyone else, expect more of us and pre-failure is normalised.

To succeed we must open to possibility and be prepared to try and fail repeatedly.

Brene Brown: How to Hack Your Self-Doubts

The beauty of it is – when you live from the future, you CREATE the future. Dr. Joe Dispenza’s Breaking the Habit of Being Yourself brings this concept brilliantly to life.

Do yourself a favour and open a conversation with your future successful self. You’ll be amazed. 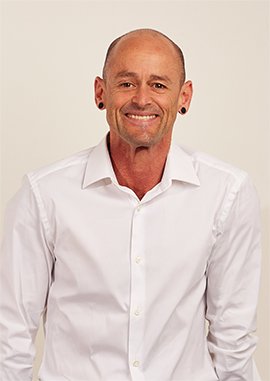